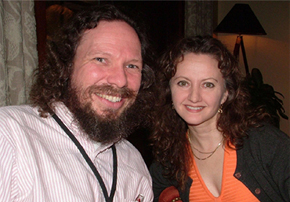 Our first photo taken together the evening we met.

I met Katie in California in 2007 at a cocktail party that preceded the Conference on Precession and Ancient Knowledge (CPAK) at which I was to speak. She turned my head not just with her charm, but with a theory she had, and a short paper about it which she had written. Her theory connects to (likely supports) the ancient Egyptian assertion that when we die we are literally reborn as stars in the sky.

Katie explained that just prior to the conference she had watched a NOVA documentary pertaining to the formation of stars, learning (according to the standard story – there are other theories that currently challenge it) that hydrogen molecules in space gather to form clouds and eventually, through gravitational forces, collapse into stars. The program also explained how virtually all the elements that are released from stars via ejecta (CMEs, the solar wind stream, etc.) can be found in us and in all life on Earth.

Katie thus wondered if hydrogen was the key, the missing piece of a grand and enormous cycle. Katie's theory speculates that, upon death, our hydrogen atoms (we are largely water and water is H2O) are released from us and, being light (hydrogen is the lightest element on the periodic table), they float up to space where they gather into clouds and, through time, form stars.

Needless to say, I was smitten! Hydrogen, as Katie was aware, can encode information. Scientists such as Cleve Backster, Masaru Emoto, and Luc Montagnier have led the way in this astounding research. Is Katie onto something? I'm not certain, but this subject is certainly one we are studying and will be the subject of (or at least sections of) forthcoming publications of ours.

It does seem that from the moment we met our journey has been sprinkled with stardust. We married in 2010 on Easter Island, have traveled to wondrous places for conferences, tours, and research, worked on books and articles together (she's designed the covers and color inserts of books for me, and taken many of the photographs published in them, too). We co-founded ORACUL, together with a few close colleagues and friends, and we are currently working on a number of other projects as well. (Katie is a film school graduate and has put the story of my research, and the opposition from the status quo with which it was met [the inside story], into a semi-biographical screenplay – for anyone who might be able to help us connect it with the right people.)

If you would like to read more about Katie's theory, please see our book Forgotten Civilization. The last chapter ends with a section titled "From Stars We Come and Thence We Return." And, as mentioned, please stay tuned for more on this from us, as the art and iconography of the ancient world, particularly that of Egypt, seems to suggest Katie is onto something profound. 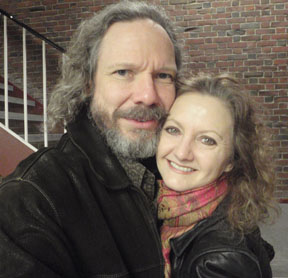 A selfie of the two of us. My favorite nickname given to us by friends: "Schoch and Awe". 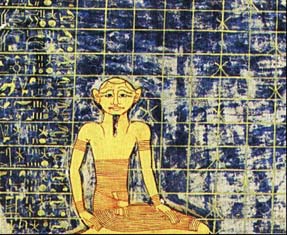 Image from the Tomb of Ramses IX depicting man among (at home in) the stars – a "star child". 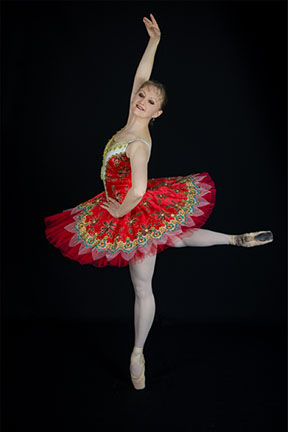