Since I am often asked, by those who wish to interview me for various reasons, for a formal biography, I post such below as a general introduction. For more information on my work, feel free to explore the site via the navigation links.

Dr. Robert M. Schoch, a full-time faculty member at the College of General Studies at Boston University since 1984, and a recipient of its Peyton Richter Award for interdisciplinary teaching, earned his Ph.D. in Geology and Geophysics at Yale University in 1983. He also holds an M.S. and M.Phil. in Geology and Geophysics from Yale, as well as degrees in Anthropology (B.A.) and Geology (B.S.) from George Washington University. In recognition of his research into ancient civilizations, Dr. Schoch was awarded (in 2014) the title of Honorary Professor of the Nikola Vaptsarov Naval Academy in Varna, Bulgaria. In 2017, the College of General Studies at Boston University named him Director of its Institute for the Study of the Origins of Civilization (ISOC).

In the early 1990s, Dr. Schoch stunned the world with his revolutionary research that recast the date of the Great Sphinx of Egypt to a period thousands of years earlier than its standard attribution. In demonstrating that the leonine monument has been heavily eroded by water despite the fact that its location on the edge of the Sahara has endured hyper-arid climactic conditions for the past 5,000 years, Dr. Schoch revealed to the world that mankind’s history is greater and older than previously believed. Dr. Schoch’s research, put forth in his book Forgotten Civilization: The Role of Solar Outbursts in Our Past and Future (2012), points to the astronomical cause of the demise of antediluvian civilization, as well as the scientific and archaeological evidence that supports his conclusions.

Dr. Schoch has been quoted extensively in the media for his work on ancient cultures and monuments around the globe. His research has been instrumental in spurring renewed attention to the interrelationships between geological and astronomical phenomena, natural catastrophes, and the early history of civilization. He has appeared on numerous radio and television shows and is featured in the Emmy-winning documentary The Mystery of the Sphinx, which first aired on NBC in 1993.

The author and coauthor of books both technical and popular, Dr. Schoch’s works include Phylogeny Reconstruction in Paleontology (1986), Stratigraphy: Principles and Methods (1989), Voices of the Rocks (1999), Voyages of the Pyramid Builders (2003), Pyramid Quest (2005), The Parapsychology Revolution (2008), Forgotten Civilization (2012), and Origins of the Sphinx (2017), among others. Dr. Schoch is also the coauthor of an environmental science textbook used in universities across the United States, and he has contributed to numerous magazines, journals, and reviews on geology, ancient civilizations, parapsychology, and other topics. His works have been translated into a number of languages and distributed around the world.

Besides his academic and scholarly studies, Dr. Schoch is an active environmental advocate who stresses a pragmatic, hands-on approach. In this connection, he helped found a local community land trust devoted to protecting land from harmful development, serving on its Board of Directors for many years. And despite acknowledging that our Sun is a major driver of climate on the planet, Dr. Schoch takes an active part in “green” politics; for over a decade he served as an elected member of his local city council.

In 1993, an extinct mammal genus was named Schochia in honor of Dr. Schoch’s paleontological contributions.

The chamber beneath the Sphinx's paw, which Dr. Schoch discovered in the early 1990s (working with Dr. Thomas Dobecki) and which many people believe is an ancient archive or "Hall of Records", remains unexplored. 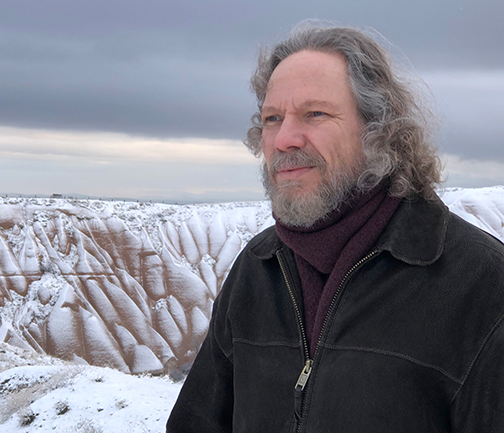 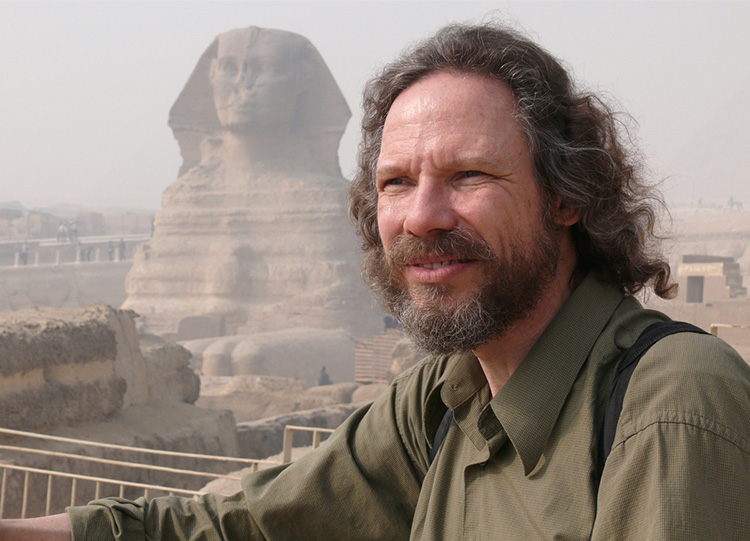 Robert Schoch by the Great Sphinx of Egypt, 2012. Photo by Catherine Ulissey. 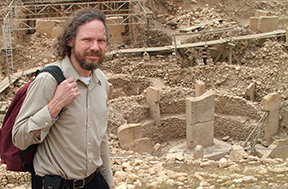